A legacy built on a strong foundation

The saying is so apt when it comes to A P Trivedi & Sons, who are in the business of manganese mining since 1905 and today Mr. Nischal Trivedi, Partner, is the fifth generation running the family business. The Satpura Range which runs through the states of Gujarat, Madhya Pradesh and to the east till Chhattisgarh is one of the rich and fertile regions of India. In the lap of this magnificent and bountiful plateau is a small town Balaghat in the south eastern Madhya Pradesh. Balaghat is known for its rich manganese resources and about 80% of the country’s manganese production comes from here.

A small step of courage has sustained many a generation. Manganese is one of the essential minerals required to make any alloy. Iron ore is usually spongy and brittle and manganese finds wide usage in the stainless steel and para alloys industries. During the pre-Independence days, a visionary Shri A P Trivedi understood this. He was ahead of his times to set up a manganese mining business way back in 1905. In 1980 they were mining in 67 hectares and after the Government Regulations revision they are mining manganese in around 43 hectares. The Ramrama Manganese Mines was incorporated in 1994 and has a projection to mine 100,000-ton per year capacity one of the biggest mines in the region. The mining activity is a mix of opencast as well as underground. Over the years they have mined almost 10 hectares underground. 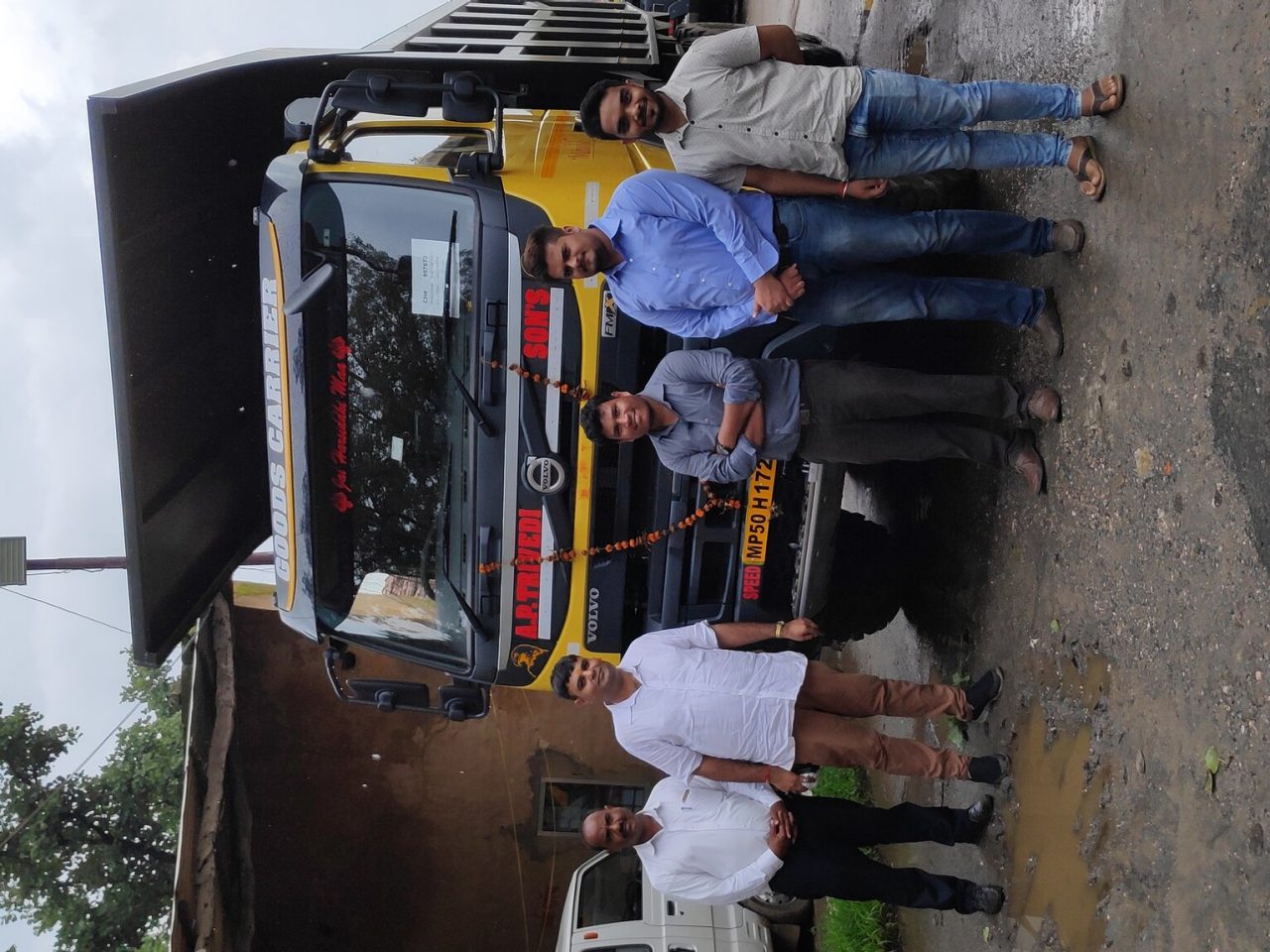 Today A P Trivedi and Sons are one of the largest manganese mining magnates in the industry. Nischal Trivedi, Partner is the fifth generation of the family, successfully taking the business from strength to strength. The journey was not easy. He joined the family business in the year 2000 as an employee. He had to prove his mettle before he was made it to being a Partner in the business, back in 2004. The same year they set up a ferrous alloy unit, Ramnik Power and Alloys, the largest company of AP Trivedi and Sons and Nischal is also a Director in the same. It was only in the year 2010, that he and his brother Harsh Trivedi were given the reigns to run the business. Between them they share the responsibilities of the company, running a tight ship and growing at a steady pace.

The Volvo tippers go down to a depth of 70-80 Mtr and come back with loads up to 45 tons each trip with ease. The machine has done around 800 hours of working and it has been an absolute pleasure to work with a Volvo Tipper. Not once we have had to call with any issue.

A reliable partner to work in the depths. Initially the company deployed the 280hp Tippers. These tippers managed to put out a production of 20,000 tons per year. The steep gradients caused tyres to slip and hauling was becoming difficult. This slowed down the productivity. That’s when Nischal explored opportunities on finding the right solution that would improve their productivity. Since 2005, Volvo Excavators have been operating in these mines. And it was then suggested to try the Volvo Tippers. In July 2019, A P Trivedi and Sons got two Volvo tippers for the first time. The joy in Nischal’s voice is hard to miss when he says, “From 20,000 tons, the productivity went up to 30,000 tons per year”. Manganese mining involves high density ore and involves a lot of overburden removal also. “The Volvo tippers go down to a depth of 70-80 Mtr and come back with loads up to 45 tons each trip with ease. The machine has done around 800 hours of working and it has been an absolute pleasure to work with a Volvo Tipper. Not once we have had to call with any issue.”

It was a day to remember. I still remember the day we took delivery of the truck. It was our Founder’s Day and it was raining heavily. We were celebrating 120 years of AP Trivedi and Sons. There were about 2000 villagers, when we took delivery of our first two Volvo Tippers. It was a fantastic experience “The Volvo team took care of all the necessary things and it was a smooth affair.”

Giving back to the society. A P Trivedi and Sons are one of the largest employment generation business in the area with over 750 workers from the surrounding villages working in the mines. The Ramrama Manganese Mine was adjudged one of the best establishment by the Govt. of India, Ministry of Mines under the Swachh Bharat Mission-2017

A growing partnership. Because we are in a core business, we have a new a lease of 4.5 hectare for open cast mining, which should be functioning in a year or so. “We are currently mining about 60,000 tons per year and with this the Ramrama mine is the 4th largest producing manganese mine in the country. We are looking to reach the 1,00,000-ton mark in future”. A true example of an Atmanirbhar Business AP Trivedi and Sons use 51%of the manganese for captive consumption. They own 2 of largest operating furnaces in the region. They specialize in underground mining and are one of the oldest companies making vertical shafts for underground mining. Under the new MMDA Act, they have secured a 50-year lease until 2065. He laughs and says “Hum rahe na rahe, the mines and Volvo Tippers will be there’. (Whether we are there or not, the mines and Volvo Tippers will be there).